You are here: Home1 / Neuigkeiten 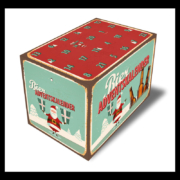 24 bottles of the best Ehingen beer: With its exclusive beer advent calendar, the Best Western Plus Bierkulturhotel Schwanen is the first hotel in the beer culture city of Ehingen to offer a tasteful journey of discovery through the pre-Christmas period.

Ehingen, 4 November 2021. Whether as a daily after-work beer or to collect and toast – in the new Beer Advent Calendar (2nd Edition) of the Best Western Plus Bierkulturhotel Schwanen, a special beer from an Ehingen brewery awaits its connoisseurs every day. With 24 bottles of special beers from the family-run breweries of the Ehingen beer culture town, the four-star hotel in Ehingen offers a very special tasteful journey of discovery through the pre-Christmas period. “We were the first to have such a calendar here in the beer culture city of Ehingen, and we are particularly proud that it is now going into its 2nd edition,” says Michael Miller, General Manager of the Best Western Plus Bierkulturhotel Schwanen. “The buyer or gift recipient of our advent calendar can expect 24 bottles of our best beer from the beer culture city of Ehingen.” The beer advent calendar box, which is appropriately designed for Christmas, can be ordered from the hotel at a price of 46 euros and even collected directly while stocks last.

Best Western Plus Bierkulturhotel in Ehingen

The Best Western Plus Bierkulturhotel Schwanen with its affiliated brewery and distillery in Ehingen on the Danube offers its guests 50 air-conditioned rooms, some with balcony or terrace. The gastronomic offer is complemented by a restaurant and the “BrennBar”. The owner of the Best Western Plus Bierkulturhotel Schwanen is the Miller family from Ehingen, who already own and operate the Schwanen inn with its associated brewery and distillery, which has existed since 1697. The age-old craft tradition of brewing beer is an integral part of the host philosophy and is reflected in all areas and offers of the four-star hotel. 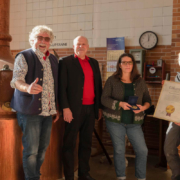 We are so pleasedBRAURING QUALITY SEAL Certificates Presentation November 2021
Despite or even because of the Corona pandemic, it is important for breweries to continue to attach great importance to the good quality of their beers.
On the occasion of a visit to the Braugasthof Grosch, Kerstin and Christof Pilarzyk received the award for quality production for their beer specialities from the hands of Brauring Managing Director Matthias Hajenski.
According to Kerstin Pilarzyk, it is proof of the longstanding and very successful goal of the Braugasthof Grosch to meet the highest quality standards.
Mr. and Mrs. Pilarzyk and brewmaster Silvana Goller proudly accepted the BRAURING medal and certificate, especially in these difficult times. At the same time
Mrs. Pilarzyk explained that this honour was a well-deserved reward for the brewery’s quality policy. “At the same time, it is also a special recognition for the qualified employees in our company,” Mr Pilarzyk emphasised at the award ceremony.
Consistent quality orientation is an important prerequisite for the long-term success of the Braugasthof Grosch, Mr Hajenski emphasised. He said that all the award-winning breweries had demonstrated their pronounced focus on quality through their regular, voluntary participation in the BRAU RING quality competitions. “Those who submit several beer specialities to the critical judgement of the independent experts every year underline that for them quality is more than mere lip service,” Matthias Hajenski continued when presenting the award.
As a private brewery, for which the sustainable business policy – not influenced by short-term profit thinking – is firmly anchored by the long-standing tradition, the regional orientation means living one’s own values locally.
The preservation of jobs and apprenticeships, the promotion of sport and culture, and the payment of taxes in the region are just a few of the ways in which this sustainability is documented.
With the additional high quality tested and confirmed by independent institutes, the aim is not to win first prizes in beer competitions, but to offer the consumer the security of receiving consistent, high-quality products.
The Braugasthof Grosch is allowed to use the Brauring quality seal as an award for one year.
https://www.braugasthoefe.de/en/wp-content/uploads/sites/2/2021/11/Grosch-BrauringAuszeichnung2021web.jpg 800 1200 claudia2ulbrich2pbgh https://www.braugasthoefe.de/wp-content/uploads/sites/2/2018/06/Signet.png claudia2ulbrich2pbgh2021-11-16 09:41:262021-11-19 10:01:04Braugasthof Grosch receives award 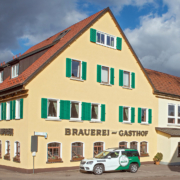 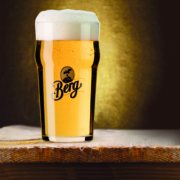 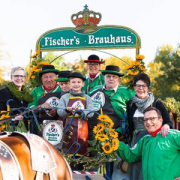 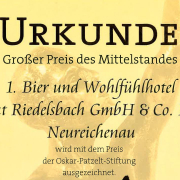 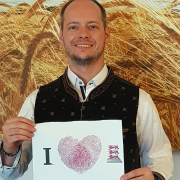 Because these cookies are strictly necessary to deliver the website, refusing them will have impact how our site functions. You always can block or delete cookies by changing your browser settings and force blocking all cookies on this website. But this will always prompt you to accept/refuse cookies when revisiting our site.

We fully respect if you want to refuse cookies but to avoid asking you again and again kindly allow us to store a cookie for that. You are free to opt out any time or opt in for other cookies to get a better experience. If you refuse cookies we will remove all set cookies in our domain.

We provide you with a list of stored cookies on your computer in our domain so you can check what we stored. Due to security reasons we are not able to show or modify cookies from other domains. You can check these in your browser security settings.

If you do not want that we track your visit to our site you can disable tracking in your browser here:

We also use different external services like Google Webfonts, Google Maps, and external Video providers. Since these providers may collect personal data like your IP address we allow you to block them here. Please be aware that this might heavily reduce the functionality and appearance of our site. Changes will take effect once you reload the page.

The following cookies are also needed - You can choose if you want to allow them: