A warm welcome
to Klingenstein! 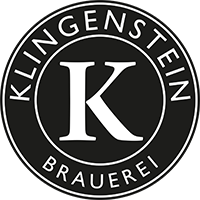 Situated in Blaustein and yet very close to Ulm. And thus not far away from Legoland Günzburg, not far from Blautopf in Blaubeuren, the Steiff Museum in Giengen/Brenz and directly on the Danube cycle path. Drink hand brewed Craftbeer, eat home-style in the pub, meet and spend the night in South Germany’s first three-storey wooden hotel.

We in Klingenstein would like to put our homeland and our surroundings, which have always influenced us, in the foreground. We are proud of the region around Ulm and Blaustein, because there are so many wonderful things to discover here. Since the middle of 2017 it has also been official: the Alb caves, with their sites of the oldest ice age art, have been declared a UNESCO World Heritage Site, which is why we find it important and right that we also pay tribute to our homeland. For the hotel and its facade we use wood from the region and in our restaurant Swabian specialities are cooked from regional ingredients.

We also make no exception when it comes to beer and brew our own beer on the spot. Our kettles are openly accessible in the middle of the house and the master brewer is directly on site.

Pampering programme with a view

In our modernly designed inn you can enjoy a fresh local cuisine either privately or with business friends. A Klingenstein draught beer fresh from the trade or bottle-ripened Craftbeer are a wonderful match.

The differently designed seating offers something to suit every taste, and on the terrace we serve you the full range of food and drinks from our tavern kitchen!

In the beer garden there’s a smaller menu with hearty Swabian snacks and freshly brewed home-made drinks from the brewery cellar, as well as soft drinks in a half glass (0.5 l). 100 parking spaces and two bus parking spaces are available directly at our house.

Our classics in the pub are our famous Swabian Maultaschen with home-made gravy, potato salad and roasted onions, the roast roast beef and our delicious sausage salad. 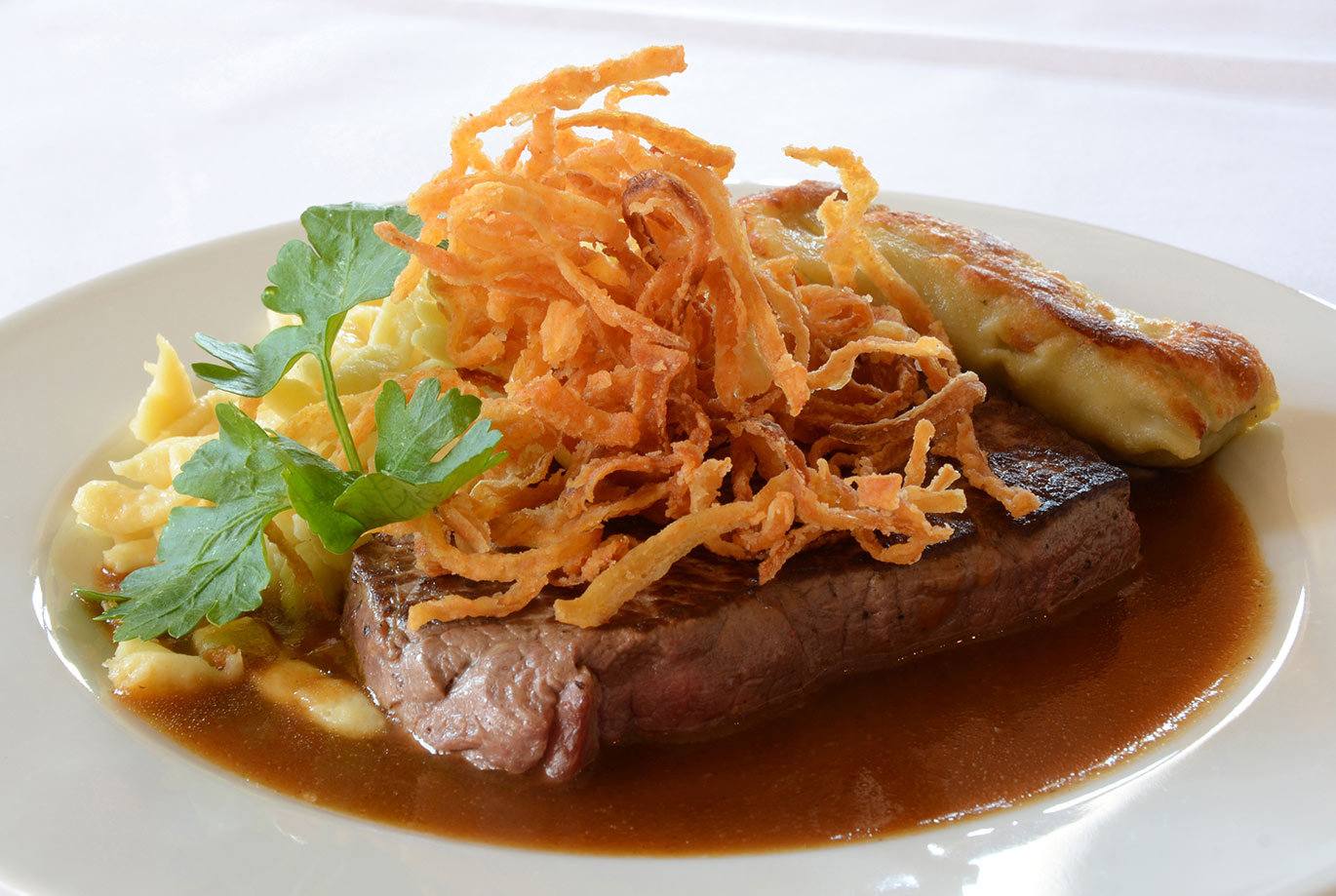 Meet and spend the night in South Germany’s first three-storey wooden hotel. Our bright, light-flooded rooms in warm solid wood can be booked in two categories. A large parking lot directly in front of the hotel awaits you.

Successful meetings in beautiful surroundings: Six rooms from 26 m² to 104 m² that can be variably combined with each other offer excellent flexibility for small and large conferences, workshops and events. Modern conference technology such as magnetic walls, LCD television with click-share connection, beamer, free WLAN are exactly what you are looking for – and all this at attractive conference rates with professional care and Swabian cuisine in the historic inn.

The whole hotel is barrier-free excluded from the terrace, throughout the hotel we offer free WLAN. Dogs are allowed in the whole house, in the room the dog is charged with 10 Euro. In front of the house we have a large free parking lot with 100 places and two bus parking places. 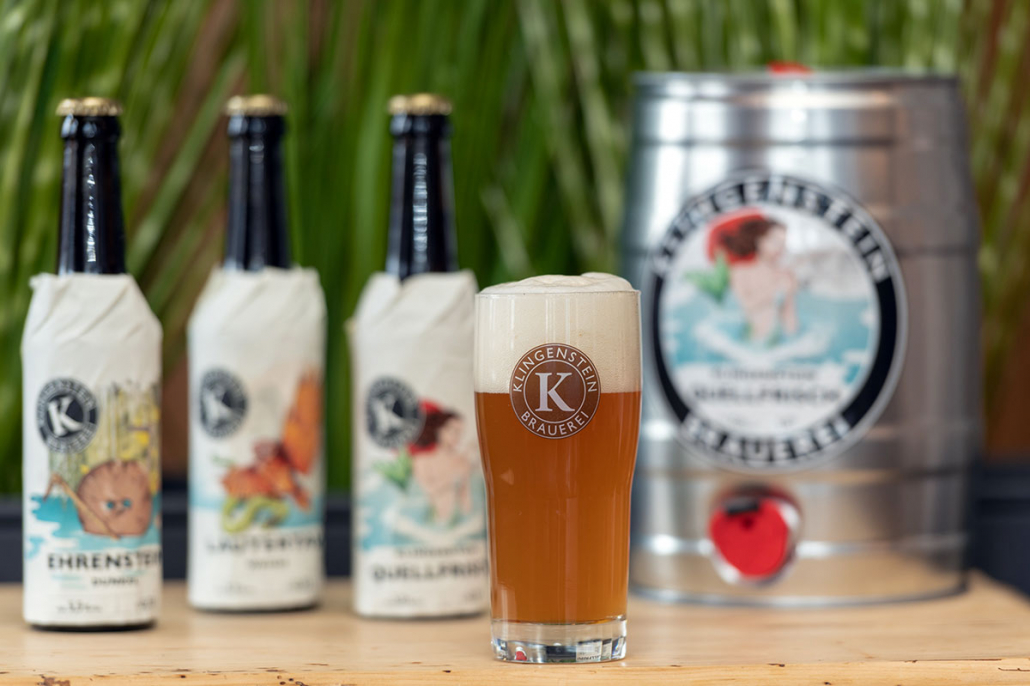 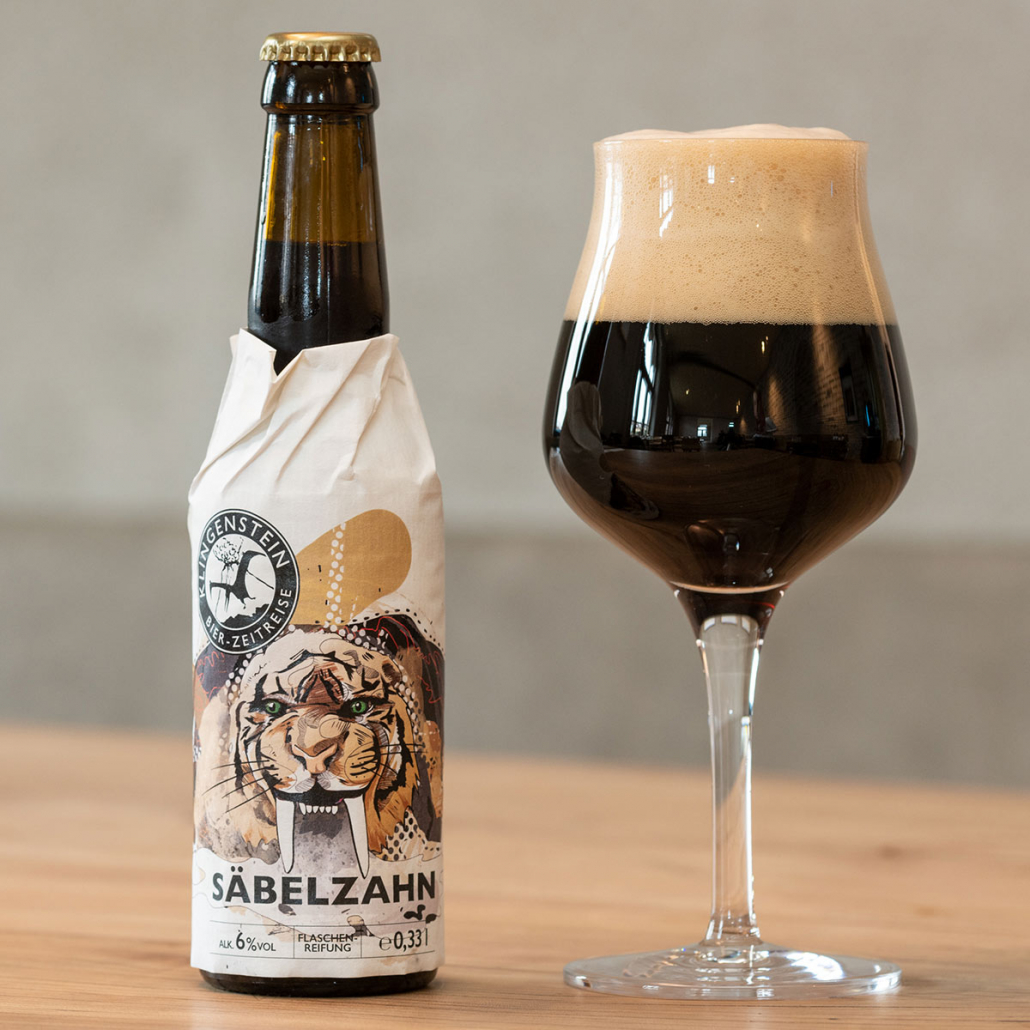 With Blau and Lauter we have two beautiful waters flowing through our city. Matching the nearby source of the streams, we wanted to brew a beer as refreshing as a sip of spring water in summer. The naturally cloudy Klingenstein Quellfrisch is a self-creation based on an old, rediscovered recipe. Barley, wheat and caramel malt give the spring freshness a matt golden, light colour. The beer gets its fruity hop freshness from aroma hops from Tettnang and the mild, fresh-swelling aroma from controlled fermentation.

Beer style: Own creation according to old top-fermented recipe
Drinking occasion: With light and/or spicy dishes, the right beer for the evening and snack time.

8 different beers are brewed in total: